Although it is not a very visible process, digitalization is advancing and spreading inexorably throughout all professions. Many sectors, especially in terms of industry and manufacturing, are advancing towards an Industry 4.0 model where manual workers are displaced by machines, automated processes and the introduction of robots. Though, at first glance, this might point towards jobs being lost in the process, it is not so, since new jobs will be created to substitute the ones that have been assigned to machines.

It is likely, however, that a very particular development will take place amid this conversion process. Experts (as reflected by the OECD 2016 report on Skills for a Digital World) point out that, in many cases, existing jobs will be augmented, and a new, computerized dimension will be added to them. Traditional blue- or pink-collar jobs, which until recently had no need for digital skills, will necessitate a certain level of ICT knowledge in order to keep up with technological development and its applications in a technology-rich environment. While white-collar workers have customarily been familiar with such tools, and the younger generation of blue- and pink-collar workers have acquired them through their training, the older segments have not had that chance. Thus, the chances of the so-called “digitally enabled” in a challenging and increasingly competitive labor market are much better than the ones of those lacking computer-skills.

LevelUP is a European project aimed at increasing computer-literacy and digital skills among pink- and blue-collar workers. Our target is twofold: On the one hand, we want to identify the skills that are lacking in the current education courses for blue- and pink-collar professions and devise a set of e-learning materials (alongside an online platform) to enhance their digital skills, while, at the same time, we also want to offer the trainers themselves resources with which to integrate these competences more comprehensively into their expertise, so that they may in turn pass them down to adult-learners.

We support and accompany you researching your environment, your potentials, your competences… because the great ideas grow only from a sound knowledge!
Email: info@mediacreativa.eu 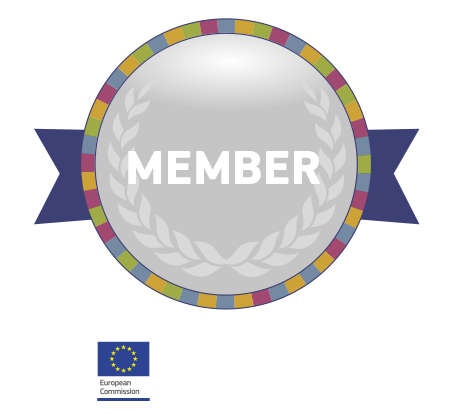